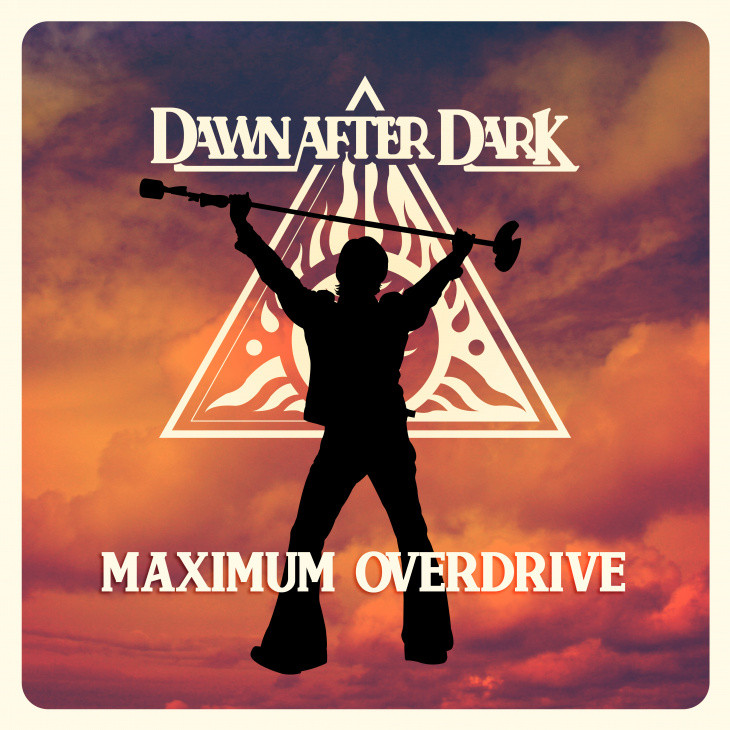 Birmingham-based rock band Dawn After Dark issue their first new recording in 32 years as ‘Maximum Overdrive’ is released to all streaming platforms on Friday 27 August. The song, which the band is giving away as a free download at their website, www.thedawners.com, is accompanied by a stunning video from director Oliver Fowler. ‘Maximum Overdrive’ is the first track from Dawn After Dark’s debut album, which will be released on Chapter 22 Records in December. Recorded in Birmingham and produced by Andy Taylor, ‘Maximum Overdrive’ is an unforgettable driving rock anthem that’s the perfect way to celebrate the return of live music, and the band will be playing UK shows later in the year.

“It’s been a long time coming,” says frontman Howard ‘H’ Johnson, whom some of you may remember as one of the main writers on rock mag Kerrang! Back in the ‘80s. “But it’s definitely been worth the wait. Giving the first single away for free is our way of sharing our love of this music with the world.”

DAWN AFTER DARK IS…