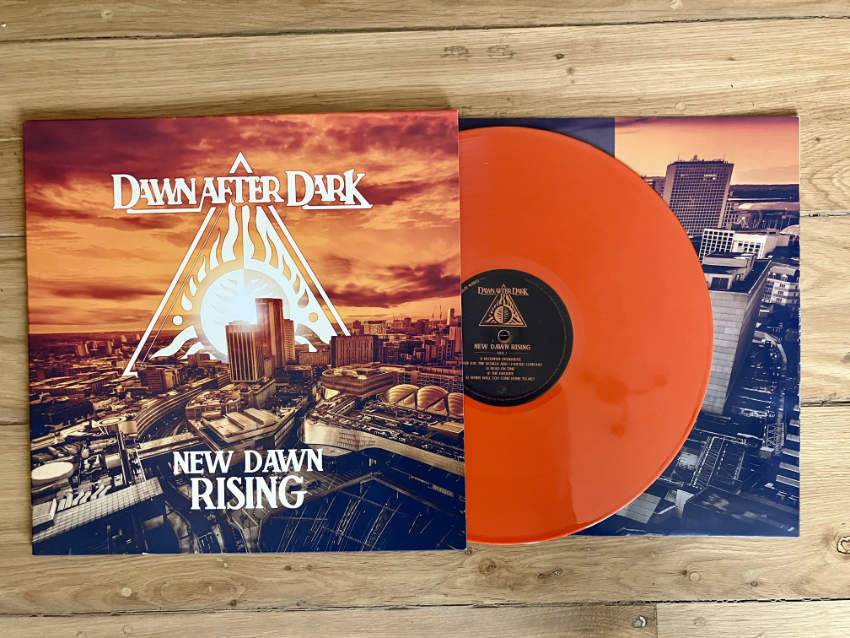 Dawn After Dark announce the long-awaited vinyl release of their debut album ‘New Dawn Rising’, as well the album’s debut on all major streaming platforms on Thursday 27 October.

Originally released in December of 2021 to great acclaim from fans and press alike, ‘New Dawn Rising’ features 11 superb songs and includes the singles ‘Maximum Overdrive’ and ‘Nothing Can Fulfil Me (Without Your Love)’. The album is pressed on 180g orange vinyl and can be ordered online at https://chapter22records.bigcartel.com/product/dawn-after-dark-new-dawn-rising-vinyl

Dawn After Dark play live at WinterStorm rock weekender in Troon, Scotland on Saturday 26 November and with Balaam And the Angel at Birmingham 02 Institute2 on Tuesday 27 December.

What they say about ‘New Dawn Rising’…

“This is one of the best albums I’ve heard all year.” Dave Reynolds, Rock Candy Mag

“Dawn After Dark have given us a huge slice of rock, full of big hooks and soaring guitars. It’s the dawn of a new age.” Eugene Butcher, Vive Le Rock